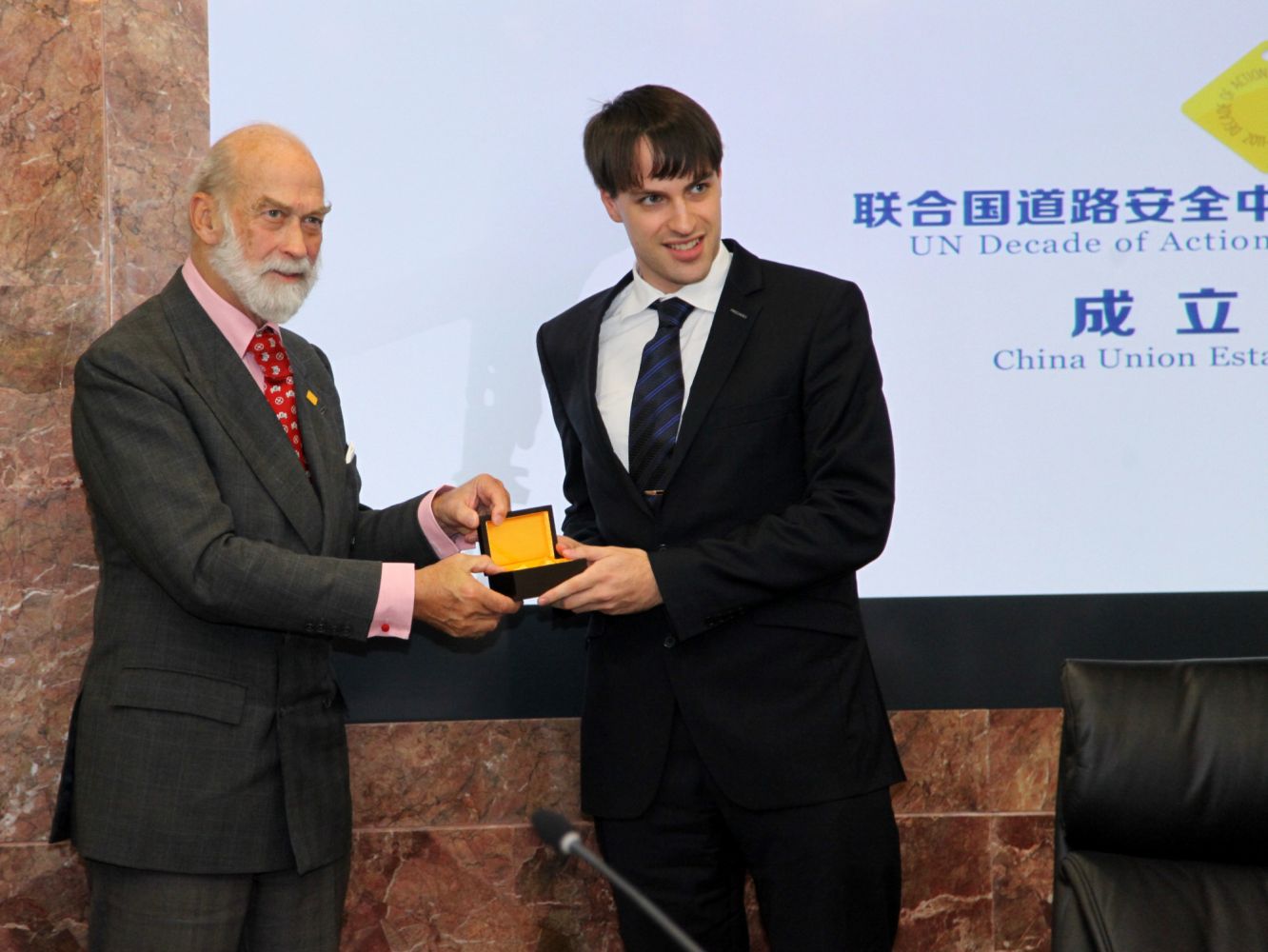 “Decade of Action”: WHO and FIA honor Recaro – Patron Prince Michael of Kent presents award for contribution to road safety.

The WHO (World Health Organization) and the Automobile Association FIA (Fédération Internationale de l' Automobile) have set themselves the target to halve the number of road deaths worldwide by 2020. With an information campaign on child road safety Recaro Child Safety makes an important contribution to the "Decade of Action". For this ommitment, the German child seat manufacturer has now been honored. The patron of the campaign, Prince Michael of Kent, cousin of the Queen of England, presented the award as part of a United Nations (UN) summit.

Recaro initiated an information campaign in cooperation with the Chinese government and the test institute CATARC for more educational work. The initiative aims to raise awareness of the importance of child safety seats.
During public events in China's cities and urban areas parents will learn more about the need for a child seat in order to keep their child safe. For the demonstrations the long-standing bestseller Recaro Young Sport will be
used. In this child seat, children as young as nine months are already safe and comfortable on the road, up to the age of 12 years.

At a general meeting in the spring of 2010, the United Nations declared the years 2011 through to 2020 the "Decade of Road Safety", because in spite of great progress in many countries, the number of deaths in traffic has continued to rise during the recent years. Each year, around 1.3 million people die in traffic accidents and 50 million are injured, according to the UN. This action is primarily supported by the WHO (World Health Organization) and the Automobile Association FIA (Fédération Internationale de l' Automobile). The goal is to halve the number of road deaths by 2020. Starting points are the optimization of vehicle safety, promoting cycling and improving post-crash care but it also means influencing road user behavior.

Child seats and strollers made by Recaro set new standards in terms of design, functionality, comfort and safety. The company is committed to the safe and comfortable seating of children worldwide. Therefore, Recaro will
intensify its voluntary commitment. Plans for new campaigns regarding the improvement of child safety in traffic during 2015 are already in the making.

RECARO Child Safety, located in Franconian Marktleugast with branches in 4 countries, is an independent operating subsidiary of the RECARO Group.

The RECARO Group also encompasses the division Recaro Aircraft Seating (aircraft seats) in Schwäbisch Hall as well as the RECARO Holding located in Stuttgart. The Group’s consolidated sales amounted to more than 382 million euros in 2013. Currently the Group employs more than 2,000 employees at its locations around the world.