Recaro at Solitude Revival 2015 in Stuttgart 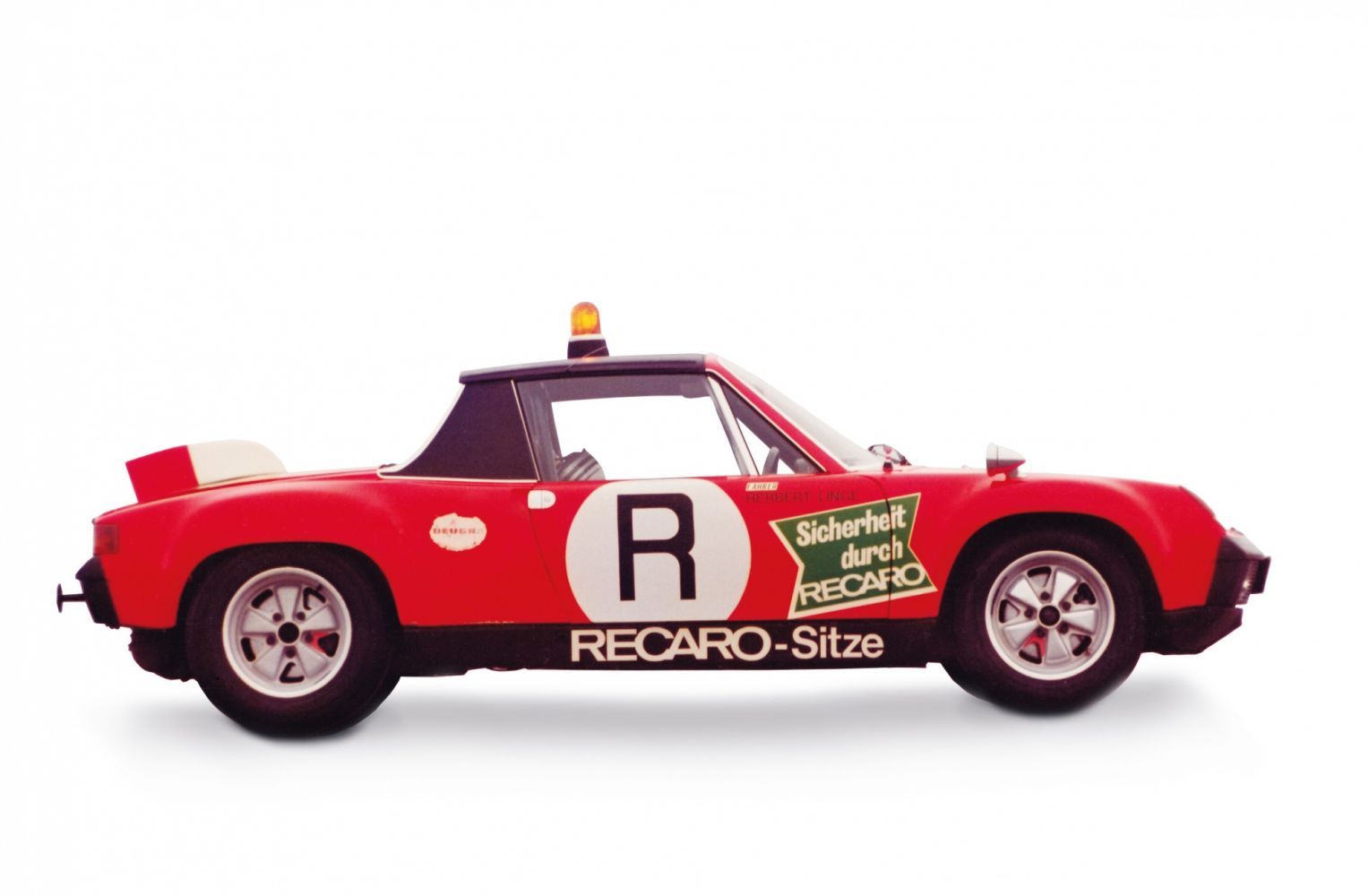 Stuttgart, Germany. “Safety by Recaro” is the slogan with which Recaro is presenting itself at this year’s Solitude Revival in Stuttgart from July 18 to 19, 2015. The brand has its own stand at this beloved motorsports event for the first time. Besides its latest sports seats, products from racing history and child safety systems, a very special highlight will be shown: a Porsche 914/6 GT from the year 1971, which served as the first track emergency vehicle of the O.N.S., at the time the highest national commission for motorsports in Germany.

“The Porsche 914/6 GT perfectly embodies this year’s slogan, ‘Safety by Recaro’. Last year we rediscovered this vehicle, which had served as the first lead car of the O.N.S. safety squad, and so we refurbished it to its original condition,” explains Frank Jung, Head of Tradition at Recaro Holding. “At Solitude Revival, we’re now presenting the car for the first time since its comprehensive restoration.” On July 18 and 19, 2015, the legendary Porsche 914/6 GT has its big unveiling in Stuttgart as the final vehicle in the running of classes 4, 5, 6 and 8. On the day before, it will be shown in a special preview at the reunion of O.N.S. veterans.

This Porsche 914/6 GT, one of twelve factory special 914s, first became known through its participation in the 1971 Monte Carlo Rally. Equipped with various emergency rescue systems and firefighting equipment, the vehicle gained renown as the “world’s fastest fire brigade.” Recaro had provided the Porsche 914/6 GT free of charge to the O.N.S. mobile squad. The Porsche 914/6 GT soon became well established, later with two emergency vehicles driving at once in the first lap behind the starting field, so that in case of accidents, they could immediately begin rescue work. Additional vehicles were also posted alongside the racetrack, so that every section could be reached by mobile firefighting systems within thirty seconds. The O.N.S. squad ultimately evolved into the squad of the DMSB (German Motor Sports Federation), which continues to provide emergency services on the racetrack today.

More information about the Porsche 914/6 GT from Recaro can be found parallel to its debut at Solitude Revival starting on July 18, 2015, at http://stream.recaro.com

The Recaro Group encompasses two divisions: Recaro Aircraft Seating (aircraft seats) in Schwäbisch Hall and Recaro Child Safety (child car seats) in Marktleugast, as well as the Recaro Holding located in Stuttgart. The Group’s consolidated sales amounted to 425 million euros in 2014. Currently the Group employs more than 2,000 employees at its locations around the world. Recaro Automotive Seating is a product group of the multi-industry company Johnson Controls and uses the Recaro brand under a license issued by Recaro Holding.